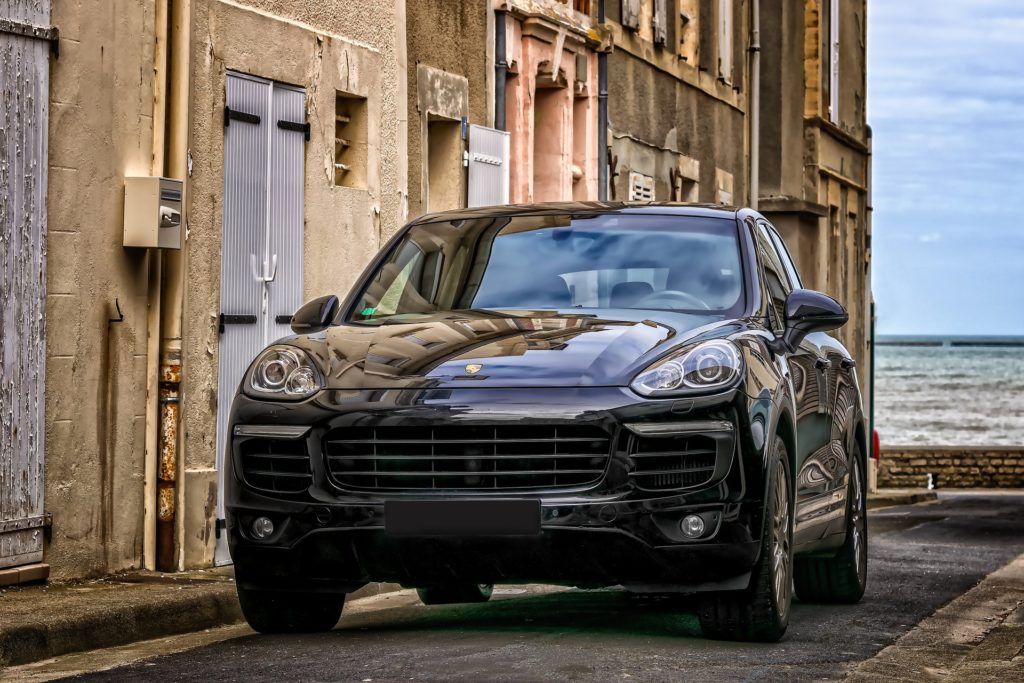 Porsche Lemons? Why Porsche Cayenne’s Can Be Extremely Expensive to Maintain

The Porsche Cayenne was first released in 2002, and every year, Porsche has released a version of the Cayenne with slight modifications here and there. Over time, it’s become one of the most popular, not to mention affordable, luxury SUV’s in the market. It’s popular with suburban families thanks to its easy and smooth handling, spacious interiors, and massive trunk space. But of course, as with every vehicle, it comes with its own specific problems. For the Cayenne, the deceptively affordable sticker price hides a very inconvenient flaw: it has one of the most expensive Porsche maintenance costs out there.

Now, don’t get me wrong, the Cayenne is still a Porsche: it boasts sleek lines and curves, precision driving (for when you want to get out of your cul-de-sac in style), and of course, that undeniably awesome Porsche shield right on the hood. But for all its German engineered greatness, the Porsche Cayenne has so many sore points that it can easily be mistaken for a cheap knock-off from some shady third-world manufacturer.

Ok, that last part was a bit much, but admittedly, for a “luxury” brand, the Cayenne is definitely prone to failure. Granted, the cost of maintaining a Porsche, or indeed, any high-performance car, is always going to be more than, say, maintaining a second-hand Taurus. But even when compared to its peers, the Porsche Cayenne sits at the bottom of the list in terms of reliability.

Whether it’s brand-new or second-hand, your Porsche Cayenne will cost you at least a thousand dollars annually on maintenance costs. This depends, of course, on your Cayenne’s year, model, mileage, and so on and so forth. But in general, it’s definitely going to cost you extra.

How Much Does it Cost to Maintain Annually? 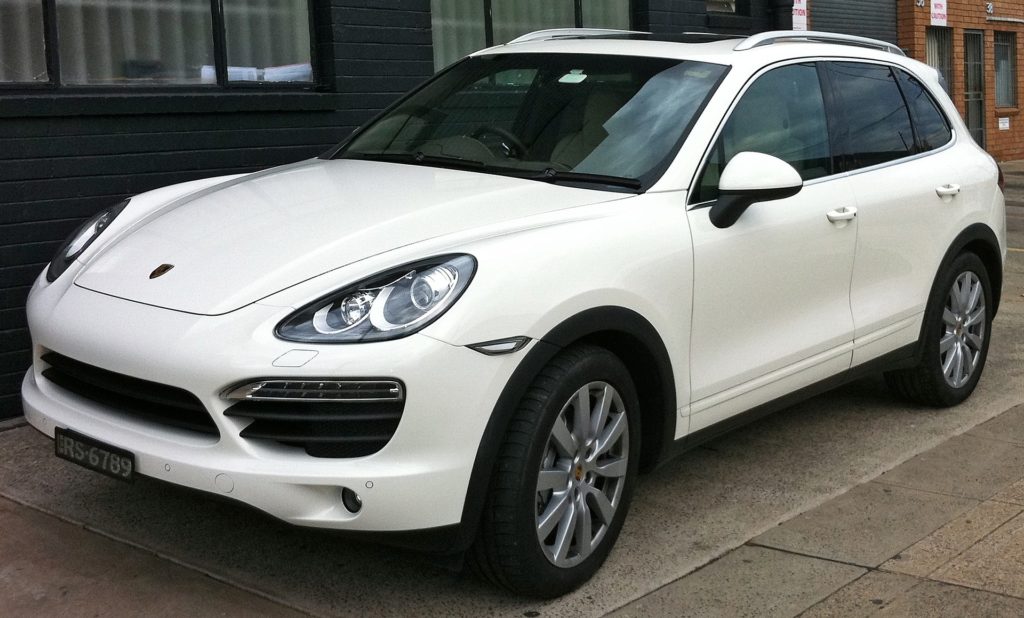 On average, car owners can expect to pay around $1,200 a year on maintenance costs for their Porsche Cayenne. Of course, again, this depends on how old your Cayenne is, how far it’s gone, where you’ve been driving, what shops you’ve taken it to, etc.

Most of the maintenance costs go to solving two often-cited repair problems with its coolant systems: cracked pipes and leaking coolant. However, it’s also been known for other problems.

Putting aside the regular maintenance needs of every car, like oil changes, wheel calibration, and the like, the Cayenne can be host to many a not-so-minor problem. In fact, a lot of the things that regularly go wrong with Porsche Cayenne’s aren’t easy, or cheap, fixes. Here are just some of the problems people have with the Cayenne, and how much it costs to replace on average:

The brake master cylinder is engaged every time you step on the brake pedal, making it one of the most used, and by extension one of the most easily worn out, parts of your suspension. The hydraulic system it uses is also prone to breaking, thanks to the constant pressure that is applied to them when braking, somewhere between 800 PSI to 2,000 PSI on average. On the Cayenne, the brake master cylinder has been prone to breaking thanks to some mismatched pistons between the master and wheel cylinders.

As its name suggests, the Camshaft Position Sensor is a device that keeps track of your camshaft’s position, reporting any anomalies and other important data to your car’s onboard computer. The computer then coordinates with other sensors, devices, and digital monitors to ensure that your engine is running as smoothly as possible while minimizing the risk of damage. More importantly, the camshaft position sensor lets your fuel injectors know when the most optimal time is to fire.

On the Porsche Cayenne, the camshaft position sensor has a propensity to break. Yes, when it’s working, it’s extremely accurate and it’s a huge help to your car’s fuel economy. However, it’s also very fragile: many Cayenne owners report that their camshaft position sensors stop working because of coolant leaks from cracked pipes or just flat-out breaking on its own. When this happens, your Cayenne’s fuel injectors won’t be firing properly, leading to very bad fuel economy, or worse, engine failure.

Your car’s engine works on a simple premise: create controlled, mini explosions that drive pistons up and down in its chamber. But to do this, it needs a very precise combination of air, fuel, and ignition. Of course, in a modern car engine, this system is more sophisticated, but the idea is the same. To ensure that the ratio of air, fuel, and spark remain optimal, the Manifold Absolute Pressure sensor measures out the right amount of air that enters your manifold.

The Manifold Absolute Pressure, or MAP, sensor regulates the amount of air, air temperature, and the number of revolutions your engine goes through. In doing so, it lets the onboard computer adjust more accurately the amounts of fuel and airflow into the engine. On the side, it also works as a diagnostic tool for mechanics.

In terms of sophistication, the Cayenne’s MAP sensor is top of the line, except for the fact that, again, it’s very fragile: one wrong move of the car on a bumpy road, or a coolant leak accidentally touches the MAP, and the sensor goes haywire.

The Porsche Cayenne has 4 stock calipers, each one servicing a particular wheel. Unfortunately, they’re also relatively more fragile than other OEM parts or even some after-market parts. Cayenne calipers easily break with just the slightest contamination from dust or rust, leading to leaks and even weakened seals. Again, Caliper servicing is usually part of a brake-servicing job, but with added costs that could go up to 4 grand or more, depending on how bad your calipers have it. And with the Cayenne, expect the worst.

Easily one of the most expensive replacements out there, replacing your brake rotors and/or discs can go somewhere from a reasonable $300 to a whopping $12,000, depending on the damage. That’s because brake rotors/discs are responsible for stopping your car fully, working in tandem with the brake pads to arrest your wheel’s movement. Remember that smooth handling and easy driving we mentioned earlier? Well, that’s because the Cayenne’s brake rotors do such a good job of keeping friction low. However, this has the unintended effect of wearing out your brake rotors much faster than in other SUV’s. Catch it early, and you won’t have to shell out so much, but really, when was the last time anyone checked their brake rotors?

Of course, most of the issues mentioned above happen because many people don’t perform regular preventive maintenance on their vehicles. Here are some tips to follow in order to minimize your Porsche Cayenne maintenance costs:

Take it to an Expert

I’m sure your neighborhood mechanic is the most trustworthy person you know, but when it comes to Porsche, or any other luxury brand, take it to the experts. Porsche-certified mechanics are specifically trained to take care of most, if not all, Porsche vehicles. It’s not just a prestige thing; Porsche vehicles were designed so precisely that any misstep in opening them up can result in worse damage. Which is why, if something does go wrong, Porsche offers technical experts to dealerships to ensure that their customers are serviced by the best of the best.

Get the Real Stuff

It’s tempting to get aftermarket parts, especially if it’s something due for replacement, but for all the smack talk we just did about Porsche Cayenne parts, the genuine OEM is still your best choice. Yes, they can be fragile and break easily, but they were designed specifically to provide your engine with the best possible working conditions.

As with most machines, your Porsche Cayenne will benefit greatly from regular maintenance. Preventive maintenance has been proven to drastically reduce instances of damage, not to mention help you avoid very expensive repairs, as Porsche maintenance costs, especially for the Cayenne, are a lot more than other manufacturers.

Try to get your Porsche Cayenne to the shop once a year, or every 10,000 miles (whichever comes first). Even minor servicing jobs like oil and filter changes, or even just simple inspections, will save you at least $400 to $600 a year. Make sure to have the Porsche-certified mechanics check the parts we mentioned above regularly. 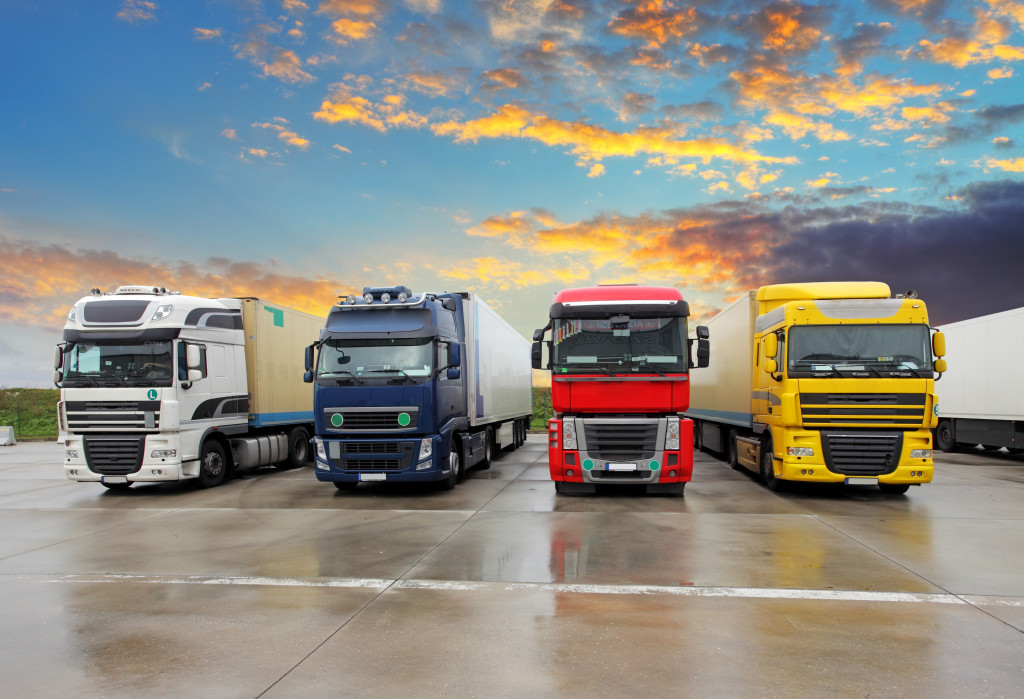 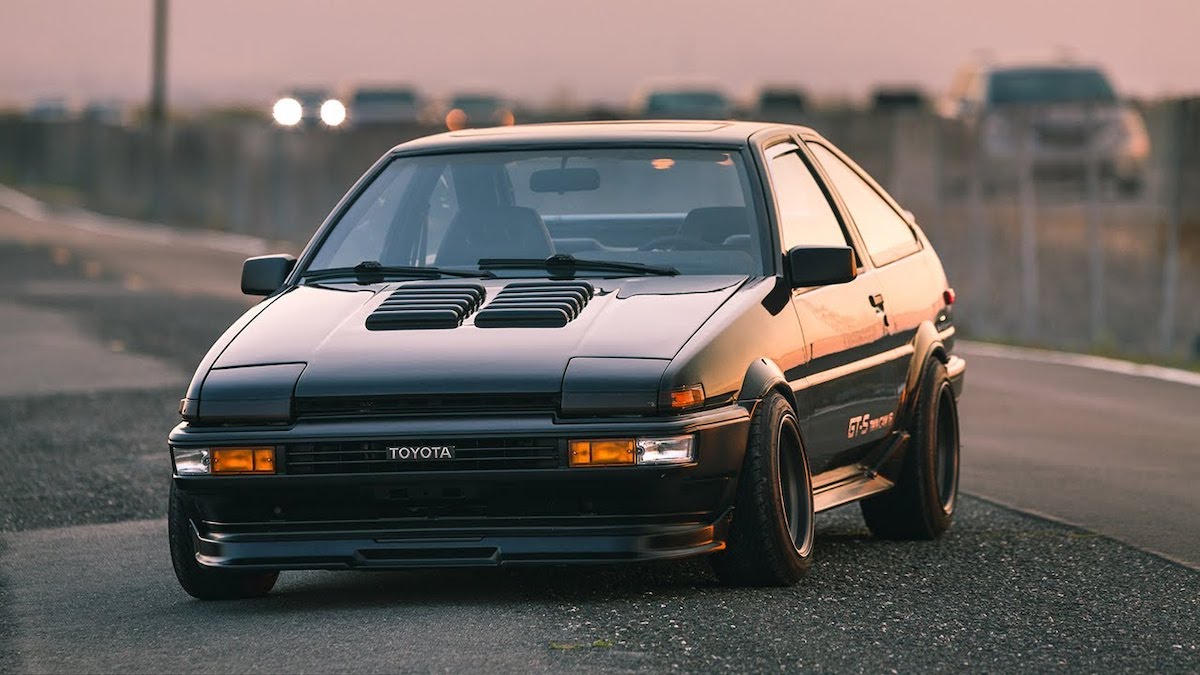 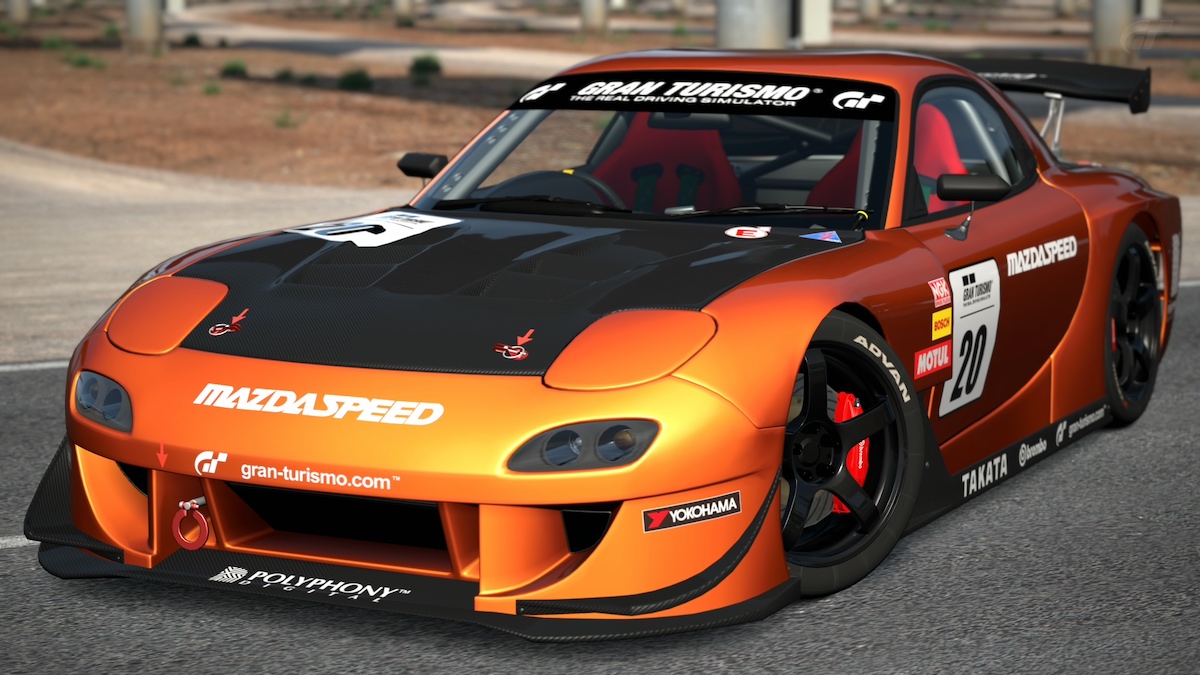 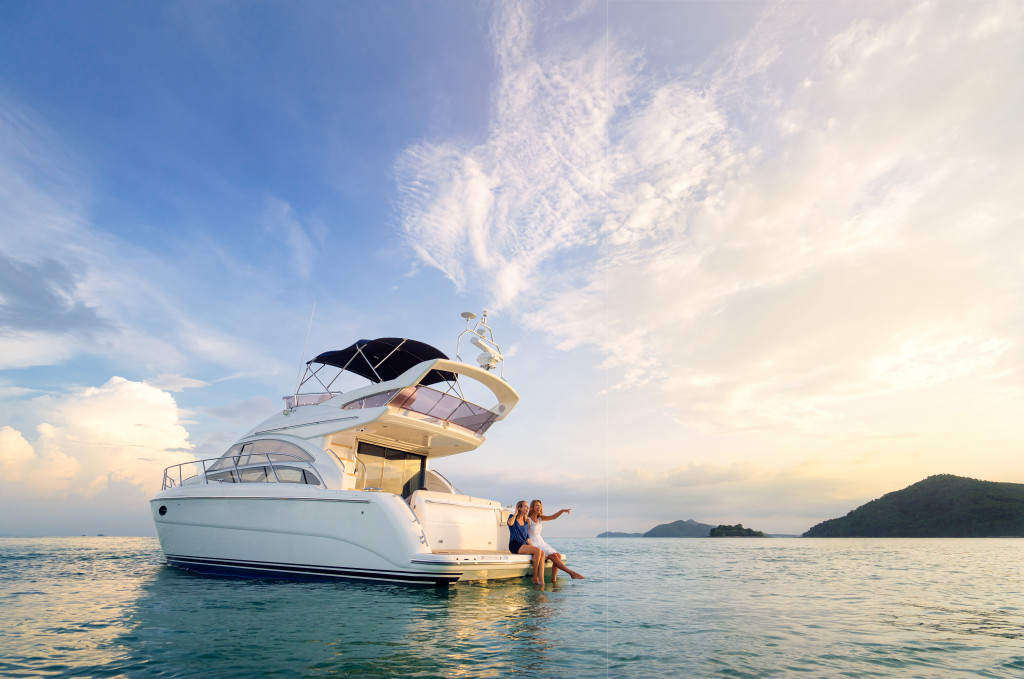 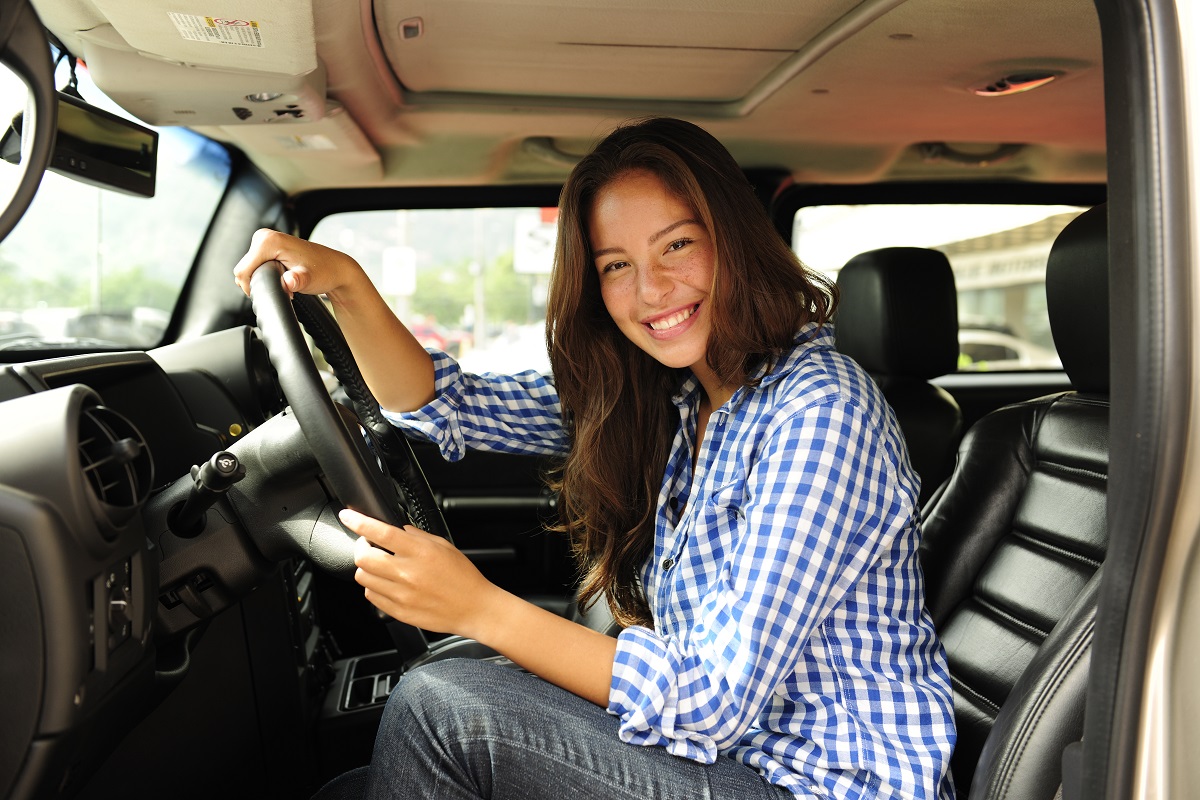