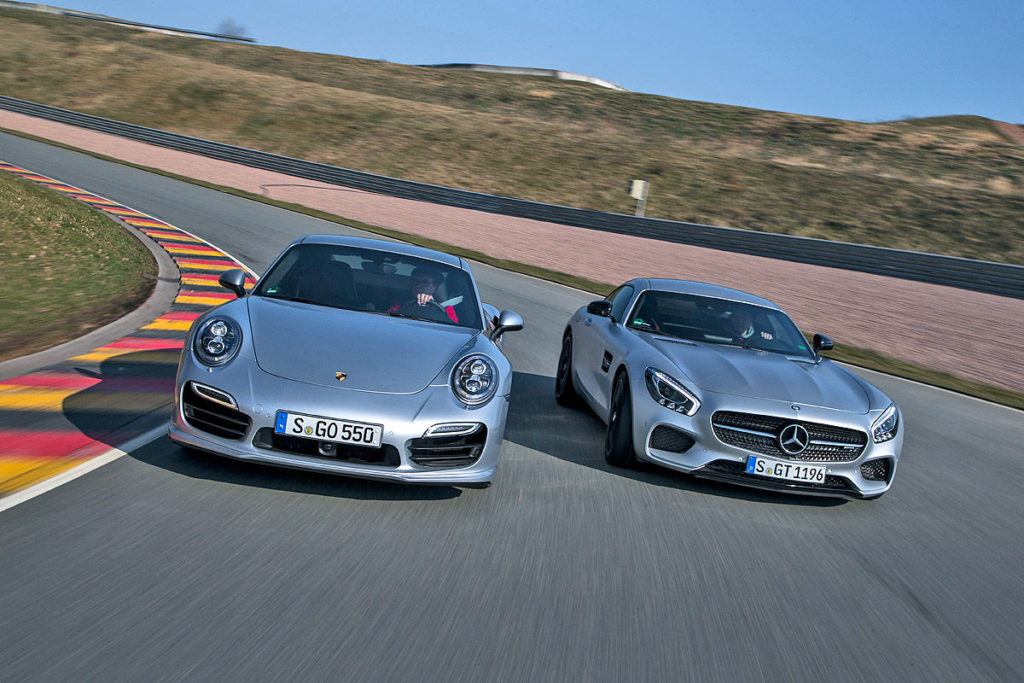 When it comes to Porsche vs. Mercedes maintenance, one needs to understand that, with the rise of modern technology, the reliability of both luxury brands is compromised? How so? Well, let’s look into that.

Car technology is constantly changing and updating itself, with new devices, production techniques, and manufacturing practices popping up every couple of years or so. While most of these technological leaps are positive, luxury brands like Porsche and Mercedes-Benz tend to install new-fangled tech in their cars before the said tech is tested and vetted by experts.

Unfortunately, this means that a lot of these cars will tend to break down more often than older models because of the new, only-slightly-tested tech that was installed in them. Because they’re new, it’s also pretty expensive to have them repaired, meaning that, despite the steep price tag both these brands slap on their cars, the eventual maintenance costs for both means you’ll be paying double, maybe even triple, what you paid for at the dealership over time.

Of course, with each technological step, chances of a device, process, or practice failing lessens, improving the dependability of the car. However, because of how much you’ll be paying for the car itself, it’s understandable that consumers will want that percentage of failure to be as low as physically possible.

For consumers looking into buying either a Porsche or a Mercedes, it’s always best to check each brand’s reliability index, a solid math formula that calculates the probability of a machine breaking down over time. Or, you can check consumer reports and customer reviews online. In this article, we’ll put the two luxury brands and take a brief look at each of them and compare their maintenance needs.

They’re sleek, sexy, and the epitome of style, the Porsche line of cars has been synonymous with German engineering since they first started rolling cars off their production line. That being said, they’re not perfect machines (contrary to what their ads want to tell you), and many Porsche owners have started seeing the cracks under the surface of their Porsche cars as time goes on. Porsche’s reliability score is pretty low considering its price tag, mostly because of these problematic issues that usually crop up in their cars:

What seems like a simple patch job actually requires the removal of your entire transmission. That’s because Porsche built their cars so precisely that if one part breaks down, the whole thing needs to be refurbished. In the case of oil leaks, it’s not just as simple as sealing up the leak; this common Porsche problem occurs because of the rear main seal which, for some odd reason, breaks down the same way whether it’s a Porsche Cayenne or a Porsche 911. It’s the most common Porsche problem there is, but it’s also one of the most expensive.

In general, Porsche cars are driven a lot less frequently than cheaper, more ‘practical’ cars, especially if you’re driving a sporty 911 or a Boxer. When a car is used frequently, the engine recharges the battery as it runs, keeping it from going flat. However, when a car is not used frequently, the battery starts losing its charge. This is what many Porsche owners go through, with many mistakenly attributing it to some mistake by Porsche. A common problem that can be fixed, however, with a simple battery maintainer that you can use if you’re not driving around your 911 more than once or twice a week.

Speaking of the 911, the 911 Turbo is one of Porsche’s most popular models because of its sleek design, powerful engine, and mind-numbing top speeds. However, behind the sporty race car vibes lies a pretty unreliable clutch pedal that feels heavy, clunky, and difficult to manage, making them a little dangerous at high speeds. For Porsche cars, this problem is most likely due to the pressure accumulator, which is probably releasing the pressure it accumulates back into the system rather into the clutch. It’s a simple matter of replacing your pressure accumulator with an OEM model, but for what you’re paying for upfront, this shouldn’t have to be a problem.

So with all that being said, why is it that, in reliability scores, the Porsche is still more reliable than other luxury brands like Mercedes-Benz? Porsche maintenance costs

Engine mounts have a simple job: keep the vibrations that the engine creates away from the main cabin. In most cars, engine mounts are constructed just as simply as their job description, but Mercedes-Benz takes it up a notch; instead of just brackets and bolts, they filled their engine mounts with oil, thereby further reducing any vibrations from the engine, giving you one of the smoothest rides of your life. It’s pretty revolutionary, but unfortunately, it’s also been known to leak oil around the 100,000-mile mark. Granted, a lot of things can go wrong at 100k, but an engine mount leak shouldn’t have to be one of those things.

In an attempt to further provide their customers with a silky-smooth ride, Mercedes-Benz did something revolutionary with their S-Class W220 (released in 2000): they redesigned the entire suspension system and did away with all the shocks and springs and replaced it with their proprietary airmatic bags. In theory, this meant that your car would be floating on air, with just the airmatic bags between your chassis and the wheels. In practice, however, it’s prone to failure. Sure, when it’s working, the air suspension works great, but when it fails, well, imagine what it’s like to ride a heavy S-Class on deflated balloons. Of course, not every Mercedes-Benz models have air suspension, but for those that do, this is the most commonly reported failure.

With all this information at hand, we now go to the main question:

It’s no surprise that both Porsche and Mercedes-Benz brand cars are some of the most expensive cars to maintain, but which one is more reliable?

ReliabilityIndex, a leading industry analyst, puts Porsche second in its list of most reliable luxury cars, while the Mercedes-Benz trails way behind at 31, with an average 175 reported problems per 100 vehicles, well below the industry average.

Yes, technological leaps and bounds over the next couple of years mean that most of the problems people report about both brands will slowly disappear, maybe for good or maybe to be replaced by new ones. With every new piece of tech, or every new design element, or every new manufacturing process, there will be risks of machine failure.

However, if we’re talking about the present, and we’re looking purely at Porsche vs. Mercedes-Benz maintenance costs? The Porsche is, by far, much cheaper and less prone to breaking than the Mercedes-Benz.

Facebook
Twitter
Pinterest
Telegram
PrevPreviousDo You Have What It Takes to Become a Police Officer?
NextReasons for You to Choose Second-Hand Items Over Brand New OnesNext
On Key